Our modern version of the Camino has taken us by car from St Jean Port de Pied to the sea, at Finisterre where the leyline goes into the sea. While our modern version is certainly less arduous than walking, there were still trials and tribulations.

We were too old to walk the Camino, I had a pacemaker and diabetes and Marion is 10 year older than I, so really we had no choice but to drive. We hired a car in France and drove from Velines in Aquitane, to Spain.

This journey will form the basis of my next book: Camino by Car which will be available as an ebook. I am just home from France and have a 1st draft written, so it will take some time. but if you are interested in reading it here are the links

These are the links to my Camino book chapters:

In Memory of Marion Woodnutt

Hall of Records by Gary Handford 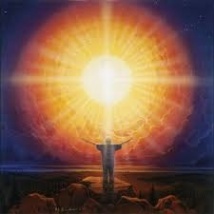 Granada from the Alhambra 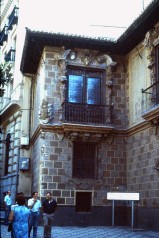 After three people in one morning started asking me about death, I finally realised I was to write about this for my next blog. Like most people I’m not comfortable about this topic, it brings up all the religious inspired fears of hellfire and retribution.

Let me say I’m not going into that because I don’t believe it. What I believe is we choose the experiences we wish to learn about before we incarnate into this life. Life is a learning experience. There is something beyond this world and we are the judges of how we performed. Did we learn the lessons our soul set for us? That’s the question that will be asked in our life review.

Its all recorded in the Akaskic Records, in the 4th dimension for all of our lives. That’s why some people can remember their past lives. There may be indicators in the physical body, like a weakness in a limb which may indicate a death by a horse drawn carriage, running over the leg for instance.

As we tap into our past lives, more information becomes available about our present life. Why do we have certain talents, like musical ability at a high level, we just might have had that in a past life.

During my travels I went to Granada in Spain where I stepped into a past life. I was walking near the Chapel Royal where King Ferdinand and Queen Isabella are buried, when I was beckoned into a small doorway in a larger door, in the Palace of the Madraza – the old Islamic University, by a man in a Spanish Watchman’s uniform. I went in and followed him up some stairs in a Spanish style courtyard. He was talking in Spanish which I don’t speak in this life and took me to a locked room which had big pine cones extending from squares in the ceiling. They represent fertility or union. There was a mirador facing mecca of Yustav I. It was a veritable Arabian Night in perfect condition. The eight columns of marble were symbolic of the Star of David. We climbed a carved stairway. It had choir-stall seats like in a church. It was where Ferdinand and Isabella accepted the unification of Spain. It is only shown to dignitaries, I was told.

I wandered around the old town and saw many sites I remembered or were very familiar to me. I was on my own as Michael and Tamara had stomach upset. It was too hard to contemplate at the time but later I explored it through regression and felt I had been among the Royal party as a lady-in-waiting. I even got a name, while working with the John of God group. Ignatious Loyola who heals through John of God was a contemporary, whom I knew in that lifetime and he (in spirit) pointed me to my name, Elanora, married to the Portugese ambassador to Spain.

So when you accept past lives and that you’ve been here before, you know that you’ll return again, unless you break the cycle of rebirth and decide this is your last lifetime. Then you realise in order to access lives in other dimensions you can ascend, with your body. That is what is being offered to us at this time, an ascension to a Higher dimensional level. I have chosen to ascend with Gaia, Mother Earth, by affirming: I wish to ascend with Mother Earth.

Learn to balance the male and female aspects of yourself. Learn to meditate and bring in the light. This new way of doing things will still enable you to meet your relatives in the other dimensions, to create your heavenly desires, but is also the means of bringing heaven to earth. We are the bridge between realities, the beacons of light in this reality.