I’ve been a regular reader of this blog since its beginning, when it was calledThe 2012 Scenario. I met Steve and Kathleen on their 2014 West Coast Express trip through Northern California.

I connected on a heart level with them and knew we were all traveling similar paths. Not long after that I was introduced to the Hawaiian practice of Ho’oponopono by a yoga teacher. Kathleen also started writing articles about it on the blog.

Simply stated, the practice consists of four easy to remember phrases repeated by the practitioner to facilitate forgiveness and self-healing: “I am sorry. Please forgive me. I love you. I thank you.”

I read about it and tried using it, but it didn’t feel real to me until recently. I have never contributed my writing to a public blog, but feel prompted to share this experience. I hope it can be helpful for anyone struggling with this as I did.

Like many here, I have been consciously “clearing the decks for Ascension” for decades by releasing layer-by-layer all that no longer serves my highest good so that I may be of use. A few weeks ago a YouTube video on Ho’oponopono came into my feed which renewed my interest and I decided to try again, at a deeper level, for which I felt ready.

I was guided to commit to a month of regular practice. When unable to sit for extended meditation I simply used the phrases as I went about my day while interacting with others and especially when negative thoughts intruded. The words soon became a mantra to me. After about two weeks of this I set aside some time to meditate and go deeper with it.

Before each session I asked my Higher Self (I call her “BC,” short for “Big Charlotte”) to bring to my awareness any person or situation that needed healing, forgiveness and release. My stated intent was to free myself and anyone connected to me (which ends up being everyone) from past, present or future hurts caused by me, intentional or unintentional, across all Timelines. Tall order, right? I tend to like to keep things simple, but it felt necessary for me to be very explicit here, and sincere.

What happened over the next few days was miraculous for me. I was guided to be very gentle with myself and listen to my body. I started a routine of salt baths instead of a quick shower. I lit candles, set Pandora Radio to a healing sounds station and relaxed into a deep meditation. On the first day, once I reached that state I found myself standing at the edge of a gently running stream in the forest.

On the opposite bank there was a clearing at the edge that opened to a field. In that opening familiar people started showing up one by one. These were present-day friends and relatives. I said the words to each one and sent a Namaste blessing, after which they would step onto a small raft lit with candles and float away.

As they drifted downstream I could see the heart flame grow brighter and brighter until they went out of sight. It felt like hours had passed while I did this, but it all happened in about 15 minutes. I felt very light and peaceful, but sensed there was more to come.

On the second day I was glad I had enough time to do it again. I arrived again at the stream. This time I stood with my arms extended and hands open, willing to receive any more souls who wished to participate. Instead of one-by-one familiar faces, a crowd had gathered on the other side, uncountable. They started stepping forward in groups. I repeated the process, saying the words sincerely, even though I couldn’t see who they were.

The rafts on the water this time were large enough to hold many now, and in unison they would receive my words, step onto the raft and float downstream. As each group floated away the entire forest started to glow with the growing light. The crowd thinned and eventually it felt finished. Many tears flowed and I was sobbing by the end. I felt washed clean, inside and out, and thought it was done.

BC informed me that there was more to process. The third day more groups showed up, but I could see an end to the lines this time. I repeated the process until there were no more. I naively guessed it must be finished now, but BC had other plans. I remained open but decided to do it in a separate session. BC agreed.

On the fourth day I quickly dropped into a deep meditation. When I arrived at the shore the opening on the other side stayed empty. Confused, I asked BC what I needed to do. At that moment a golden glow surrounded me.

Actually, I was outside of my body and a Light Being was with me. I was instructed to continue the same process, only this time I was to direct it to my own heart. I wept deeply as I watched my own heart transform before me. As I repeated the mantra I was given a close-up view of my heart center.

It was locked up with a heavy-duty metal chain wound round and round my heart and up around my throat. I could only see tiny holes where my heart light peeped through. As I continued the process the chain started unwinding.

First my heart, then my throat. For a second I could see a little light shining through, only to realize that under the chain were leather straps tied tightly, but a little looser than the chain. I felt exhausted and wanted to stop, but the Being insisted I continue just a little longer.

As I repeated the words over and over I saw the straps start to pop off and open. A great relief came over me, but it was quickly replaced with panic. I felt naked and vulnerable, not safe. I told the Being I could not go out into the world like this. I just knew I’d be eaten alive. In a flash a set of beautiful feathered white wings cradled my heart.

My heart light glowed through. The wings were soft and comfortable and I felt I could relax. The last words I heard from the Being before I came back were, “A feather is enough.” I understood immediately that the feathers would filter what entered my heart but still allow the Light to shine through. It is no longer necessary to lock it up in a dungeon to be safe.

A week later a Ho’oponopono meditation came up on YouTube which I have found to be very useful for this phase of my practice. I realize loving and forgiving myself must be a priority for me to thrive. If you are interested, it was posted by Sandra Rolus and is titled “Ho’oponopono for Self love & Radical Forgiveness.”

An interesting thing happened when I used it. In all my years of meditation, whenever I was told to open my heart center during a guided meditation I could not seem to understand how to do it. I could never feel anything or even visualize it when asked. Now I know that I had it chained up so tight there was no way to do it.

Now that I’ve done the forgiveness work, my heart is cooperating. In the mentioned meditation Susan suggests to breathe in deeply and slowly, then open your heart, say the words and receive the healing.

To my surprise, when I got to the opening the heart part I got a clear vision of the white feathered wings opening gently as I chose to open my heart. When the forgiveness was received fully, the wings gently went back into place. I realized that as my heart continues to grow and change my wings will accommodate it without restraint.

Words seem inadequate to express the experience I had. The most profound lesson for me in all of this is that the healing of my own heart through forgiveness allows me to more easily and happily extend the forgiveness and healing to all. 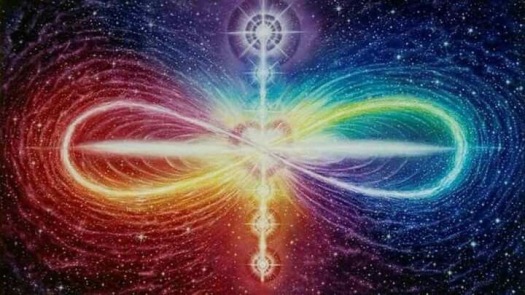 Hawaiian prayer or mantra to maintain good family relations. It depends on taking 100 % responsibly for one’s Actions in that all issues arise from within as  everything is a projection from within.

Said daily, with sincerity, the mantra is known to shift Long-standing family issues.