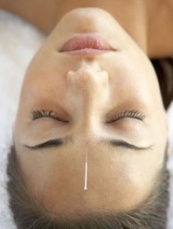 Heart The yin tang is one of the few very visible points on the body with remarkable and entirely predictable changes. It is a unique window on the state of the Heart qi, and readily delivers easily read markers to the astute diagnostician. More than that, it is a readily available monitor of the success of a treatment protocol, and finally a marvelous indicator of a balanced Heart yang qi. 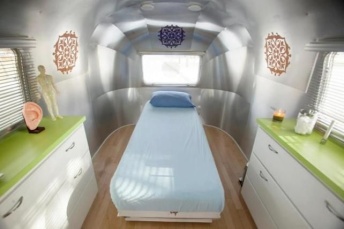 Chinese medicine is more than 2000 years old. Based on ancient tradition, it has continually renewed itself. The oldest text is Nei Jing, compiled between 300BC and 100 BC by unknown authors, is known as the Bible on Chinese Medicine. Written in archaic language, it is often unclear.  Without the commentaries of later eras, it would be unintelligible. Contemporary interpretations and clarifications, based on Qing dynasty (1644-1911) texts are used today. Out of a complex medical system, only the bare essentials of acupuncture technique have reached the West. Still it remains strong and effective medicine.

The concept of Yin and Yang remains central to Chinese thought. In each person are signs which represent health when balanced, and the physicians job is to restore balance. Meridians are channels or pathways that carry chi and blood through the body. Because the meridian system unifies all parts of the body, it is essential for the maintenance of harmonious balance.

There are 14 major meridians which correspond to the 5 Yin and 6 Yang Organs and to the Pericardium which is considered an independent organ. Disharmonies in an organ may manifest themselves in the corresponding meridian. The goal of all treatment in Chinese medicine  is to rebalance those aspects of Yin and Yang whose harmonious proportion and movement have become disordered.

Shiatsu is a traditional Japanese technique, thousands of years old, involving finger pressure applied to the feet and palms of the hands to bring the vital chi energy into harmony. This ancient therapy might help to prevent illnesses and to relieve pains. It can be done as a do-it-yourself technique, or by a professional shiatsu therapist.

The latest research on Meridians is that they carry light within the body and with the new energies coming in as light information, they can be seen as out connection to the universe.

“Bonghan channels are also being compared to fiber-optic channels in the body. These channels may be able to carry an extremely high density of information far beyond the limited, one-way signals of the nervous system or the diffusive information carried by hormones in the blood stream. A 2004 paper describes how biophotons, produced by animal tissues, may be emitted by DNA molecules to produce a laser-like coherent light capable of carrying an enormous volume of information through the Bonghan channels. The idea that acupuncture channels conduct light has already been substantiated by Russian research published as early as 1991. They found that the light-conducting ability of the human body exists only along the meridians, and can enter and exit only along the acupuncture points. This finding has been confirmed by a 1992 study in the Journal of Traditional Chinese Medicine and a 2005 study in the Journal of Alternative and Complementary Medicine where moxibustion and infrared thermography were used to trace meridian pathways.” (Acupuncture Today.com)

This is a BBC documentary on Acupuncture: