We have been exploring many possible timelines for humanity there on Earth, and we have seen some beautiful futures for all of you, but the future is especially bright for those of you who have owned that you have issues, that you have trauma, that you have negative emotions that you don’t always allow yourselves to feel.

You are the ones who understand that in order to evolve and become more of who you really are, there’s a certain amount of self-awareness, self-reflection, and work on the self that must occur.

Therefore, you are the ones who lead humanity into the better-feeling futures by first not feeling very good at all.

Now, that may seem like a paradox to you, but it is absolutely the case. You have to clean out the old to allow the new in, and in this case the new that we are referring to is higher-frequency energy.

And it is for these reasons that we prescribe to all of you regular check-ins.

Everything you need to know can be discovered when you take the time to check in with your seven main chakras.

Your seven main chakras are where you are going to feel the vast majority of what you need to feel before you get to feel those higher-frequency energies running through you.

This is why a lot of wise people say that a person who is going down into a very bad place must hit rock bottom before they’re going to come back up again.

When you hit rock bottom, you have no other option but to feel what you’re feeling. You run out of defense mechanisms, distractions, and things to escape into, and you face yourself, a person you are supposed to be loving, honoring, and respecting.

So do yourselves a favor and do not live for one moment in denial of what’s going on inside of you, because you’re not doing yourself or anyone any good by pretending that everything is all right when it truly is not.

And do not be afraid to communicate to those around you what you are going through you, because they will surprise you oftentimes with compassion, support, and kindness.

There are way more empaths on Earth with you today than there have ever been in all of human history, and empathy is a superpower. 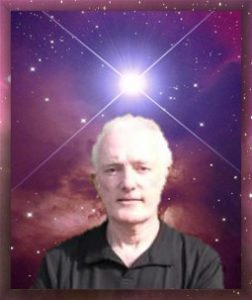 You might have thought that the changes experienced since 2012 were confined to outside events, but as shown in the following extract the Human Race is also affected.

The New Age is beginning to clearly show itself and cannot be ignored any longer, as we have to start taking the changes seriously. There is obviously much work to be done to ensure we are properly prepared, but we cannot do it unless we all work together.

“Modern babies are being born without wisdom teeth as humans continue to evolve at a rapid rate a study has found. Scientists in Australia have discovered that people are undergoing a micro-evolution in which evolutionary changes can be observed over a short period of time. Dr Teghan Lucas, of Flinders University in Adelaide, said faces are becoming a lot shorter, with smaller jaws meaning there is less room for teeth. Wisdom teeth typically emerge in early adulthood but, as with all adult teeth, grow inside the jaw from birth.

The research also found that some people are being born with additional bones in their arms and legs, or with abnormal connections of two or more bones in their feet. Dr Lucas said that the study published in the “Journal of Anatomy” demonstrated that humans are evolving at a faster rate than any point in the past.”

Dear Ones you are in the middle of some drastic changes, but be assured that you knew before you re-incarnated what experiences your life would entail. For those intent on being ready to ascend it is a very testing time, but if they are true to their life plan they will avoid being pulled down by events happening around them.

It is what every soul that has awakened to the truth has for their goal. It is a one-off opportunity to put the past behind you, and enjoy a new life free from all of the negativity that you have undoubtedly experienced throughout many lives on Earth.

Naturally there are many other souls also looking to raise their vibrations, but they are still in a learning cycle and are not sufficiently advanced to ascend this time around. However, they will be acquiring more experience that they can take with them to start yet another life thereby increasing their chance of being successful. No one is forcing the issue and as always help is on hand as soon as they are ready.

The dark Ones on Earth are in disarray but still represent a threat because of their sheer numbers. However, without their leaders the cabal are disorganised whilst the Forces of Light are in their ascendency and closing in on cabal members. In recent time the cabal have been stripped of a great deal of their funds, that were their ill-gotten gains. It is no secret that over a long period of time they have re-directed enormous amounts of money into their coffers. Some of it has been recovered and the search goes on to recover more and weaken them through lack of resources.

It is by no means easy to completely stop their activities, and we must be satisfied that the Light is now in pole position. On another level with help from the Reptilian Races the Cabal is being boosted, but even they have been thwarted by the Forces of Light who with the help of the Pleiadians have prevented them from being able to enter our Solar System by placing a barrier around it. It enables us at such an important time to do our work with confidence and without interference.

You can rest easy as there is only going to be one winner in our battle for the Light and it will not be long before we can declare our position and work more openly. The plan for the Cabal’s defeat was planned a long time ago, and we had to allow them to believe they were winning so that their over confidence would bring them down and that is what has happened. Even so it will take time before we can openly move around your Earth, as we will not contribute to any destructive methods as we are more subtle, and would in no way cause damage to your beautiful planet.

The people of Earth have suffered much, but in the long run they will be pleased and rewarded for their courage and resolve to beat the challenges that have plagued them for eons of time. The experiences have made your resolve much stronger to never concede to the dark Ones, and you have done that very well and very successfully. We take nothing away from you but you have had help from us where you have made the first moves and we are impressed with your “never say die” approach. You really are a credit to your Race and have shown that you will not bend in the face of all of the assaults against you.

Peace is soon coming to you that you have earned through your dedication to the Light. Some of you have fought many battles against the dark Ones yet you have never given up much to your credit. The work of the Alliance is your security and assurance that all will end well and be most acceptable. We have mentioned how celebrations will be in order to end your period of struggle and sacrifice, never again to be called upon to go through the experiences you have had. The many heartaches, upsets and struggles often just to survive, yet you have a human quality that makes you strong and resolute in the face of danger and peril.

I leave you with love and blessings, and may the Light brighten your days and path to completion. This message comes through my Higher Self my God Self, and every soul has the same connection to God.

In Love and Light.
Mike Quinsey.