Calling all Lightworkers, Wayshowers, Truthseekers and awake and aware individuals.

Black box, black cube, dark magic is now in full deployment from the Luciferian and Satanic darkworker elite. Black Out square or status on Social Media from the innocent and unknowing – believing they support the cause of equality – is a sign they are willing to be assimilated, used, controlled and siphoned.

They are giving permission for all tools to be used to that end. The dark masters are not interested if the innocent understand the symbolism or not. That is irrelevant to them. So mass permission for NWO is being given under the guise of equality. 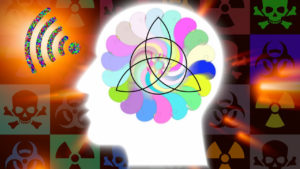 The antidote is alchemical unification through connection with the true Krystal River of Light which is Schumaan resonance. One connects with this Krystal River through the symbol of the triquetra or the energetic of the Rose Gold Flame (The Nine presented all this information which I bought forward in my book The Black Box Programme and the Rose Gold Flame as Antidote) I literally had NO IDEA how important this little book would be.

Please understand that permission is being given for NWO takeover on a grand scale. WE THE LIGHT TEAM hold more mass, higher light and more radiation through our DNA fields to cast a shield over the innocent who are asking to be assimilated and absorbed through the black cube/black box symbology and living, consciousness that is the inverted matrix.

We stand as One – and this means an antidote across social media platforms where blackout square is presented as support for equality.

TRUE EQUALITY COMES FROM LOVE and UNITY and COMPASSION.

The symbols you can post will be the grounding to your consciousness and intention which is a protective shield around ALL innocents who have been hijacked by the black cube/black box.
The symbols are the grounding to the declaration of sovereignty and denial of authorisation.

Those with the 5th DNA strand (5th Element/5th Dimension) activation hold the authority within for denial of permission. This authority CANNOT be given by the mis-led, the unaware, the ignorant, the asleep and the innocent. You can use the design from the black box front cover of the book and also beautiful artwork created by Hannah Westall who read the book and kindly sent this to me. (Thank you so much Hannah the artwork is so very powerful.) The triquetra can also be used. White wings tinged with rose gold, or rose gold wings or a rose gold flame.

All these symbols have ALREADY BEEN ENCRYPTED with the codes needed to shield the innocent and deny authorisations on a large scale. They were encrypted many, many years ago in Atlantis – ready for this time. 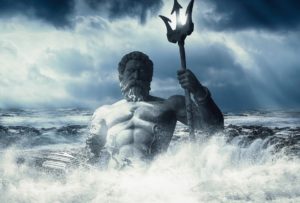 Images such as Poseidon or King Neptune also hold the same encryption due to the trident held (which is the triquetra.)

Go forth and hold the symbols within your mind’s eye and allow them to radiate across the etheric realms through the creative power of your pineal gland which is a projector as well as an eye.

Post on Social Media as grounding – draw your own artwork or choose from above symbology – disguise if you wish with poem or inspiring quote.

A few that hold the 5th strand in light is greater in frequency than many who post black-box symbolism.

Hold fast to the light and love of New Earth – Ascension – Paradise Timeline. We do not consent.