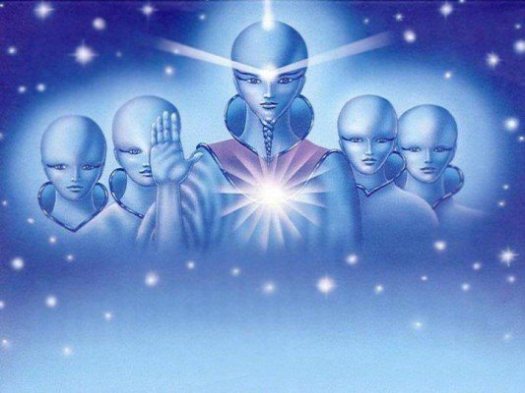 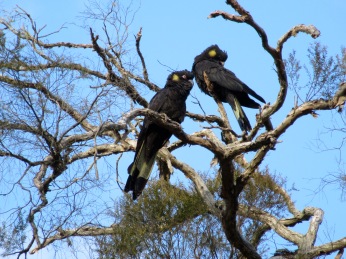 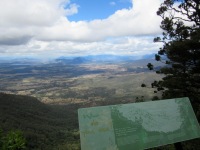 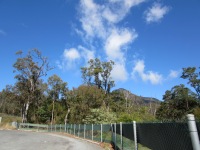 The Aboriginal people lived on this land for at least 40,000 years. They managed their land sustainably. How did they do this? We have much to learn from them and that knowledge and wisdom is on the land when we know how to access it.

So I felt intuitively I had to go back to Tooloom Falls and was being told by my guides someone would meet me there. I set up camp. Other campers arrived and it was noisy at first with chainsaws across the creek, but it settled down. I sat in the circle provided by the Githabul people traditional custodians of the area. I could feel the energy pulsing through my legs. I meditated at sunrise and there was a little blue wren came right up to me followed by two little brown females.

During the day I was approached by a fellow traveller who was on his way down from the Gulf. By an amazing coincidence he lives at Mt Dromedary (Goolaga?), Guboo’s sacred land. His children had been taught Aboriginal culture by Guboo at school. He spoke to me about the cloud formation which comes down on Mt Dromedary, and its time to put on the possum skin coat.

`When the possum skin coat comes down over Dromedary, its time for a change in the weather!’ It sounded just like Guboo, and I realised he was the person I was to meet. At sunset I brought the energy in with toning. A flock of Black Cockatoos flew in and landed on the trees around my campsite.

They flew in a N-W direction and that was my direction to follow. Black Cockatoes are my totem, I saw them all round Australia on the energy lines. Its basically an E-W energy line.

This fellow traveller told me a child had drowned in the waterhole. I previously thought an elder had died and they had closed the campsite, which was why there was no-one when I arrived. In the afternoon I kept falling asleep.

The next day was my third day on the road and I could hear the energy hum in the morning and evening and my clairvoyance began to open up with the flickering around my eyes at the edge of my sight, I was getting the message to stay another day. It was strange that I thought you could drive across the top of the falls. When I looked at it, there’s a big gap in the middle where the causeway has collapsed and there’s no way you could drive across. I must be tapping into prior knowledge of the area. A firefly came out of the bush beside my campsite, I’ve seen them at Rumbalara when I was doing energy work there, but never expected them here.

The Black Cockatoos were out in force the next morning. I found the track to the pool below the waterfall and went down the escarpment to sit beside the pool. It reminded me of Twin Falls in Kakadu, but more accessible. I then walked along the river banks where the stream overflows and found remnants, rainforest plants like native frangipani and an elkhorn fern. I climbed back up an animal track across a scree slope and had to climb through a barbed wire fence, with great difficulty and had to eat chocolate when I got back, to bring my sugar up. Its a pity its only such a small area surrounded by agricultural land. Already I’m seeing improvement in work I’ve done here since last time. There are platypus in the pool below the falls. I saw their bubbles where they had swum, trailing behind them. This has been much wetter in the past, with rainforest plants like I’ve seen at O’Reilleys and lichens amongst the grass. It came over stormy and it was time to leave.

I drove to Woodenbong then on past Old Korellah, also on the leyline I believe but wasn’t to go there, via a route across the ranges called the Northern Rivers Access route, past Killarney and Queen Mary Falls, where I did work previously and on to Warwick.
There I went into Tourist Info Centre and questioned them about an Aboriginal site nearby and they directed me to Cicarda Woman Tours.

After driving to Allora, by mistake, then I finally ended up at Cicarda Woman Tours and Nyalar Miringan-ah Nature Reserve. I told the owners Brenda and David, I’d been sent there and negotiated to stay in the cottage they had available, since their daughter Sharman wasn’t there. I was on the southern side of Goomburra Mountain, part of the Main Range National Park. The other side of the mountain is Forestry and National Park.

I questioned them, trying to work out why I was there, and they were very amenable to helping and I agreed to stay another 3 days. The next morning I went to Goomburra National Park. There I found lots of campsites along the creekside on private land. I noticed I had a bellyache as I went up the valley. I noticed there was lots of male energy, 4WDs campers, motorbikes, chainsaws, bikes. I walked along the creek track in the National Park which was very thick mature rainforest. I did a toning down on the Dalyrymple River and then found the road up to Sylvester’s Lookout, where I climbed with a bellyache up to the lookout and did another toning and light point overlooking the Fassifern Valley and back to Tamborine.
There were Black Cockatoes in the Casuarina trees in the creekside. As soon as I finished the second toning, and got back to the car it began to rain.

I got out of the valley and the belly ache left and the rain came pouring down. I believe I balanced the male energies by my toning. I also realised I couldn’t have stayed there for long, which is why I was on the other side of the mountain, where I’d been guided to. When I got back there, it started to rain there too.

I was realising bellyache is 2nd chakra, male and female sexual energy. I spoke to David about the name Goomburra and he said it has something to do with fire-stick farming. The Aboriginal group to the north used to practice it to renew the land.

The next morning I was invited to a Landcare group with my hosts, who only knew it was to see some Aboriginal relics. The Allora Mountain Flora and Fauna Reserve is on top of a small hill just outside Allora, an agricultural town surrounded by prime farmland.
Its in Githabul people’s country. Climbing the hill again proved a challenge, but they were very understanding and gave me a helping hand and waited for me as I took my time. We saw carved trees where coolamons and canoes had ben cut out of big coolibah trees.
There’s a big bora ring and a smaller one. Its a basalt mountain and there’s lots of small rock around and some igneous bubble formations. There’s also sandlewood growing which I haven’t seen since Alice Springs Botanical Gardens. Its a major site and no one knew about it because its on a perpetual grazing lease. Its very barren and dry. Lightning strikes here, there are trees scarred by lightning. I think its the rock that attract it.

My hosts and I did a toning on the edge and I suggested Sharman find the female spot nearby, which may be on the river and do ceremony there. I would never have found this spot, its behind the tip and the Allora Landcare Group are working there to reestablish vegetation, and protect the site. So hopefully its rained there too. The grazing needs to stop, so that young plants can replace the mature trees that are growing there. David has been elected President, so there is a new direction possible. I feel I did my part in Renewing the Dreaming, now its up to others. I found it physically very challenging. I have seen historical photos somewhere of this site which I need to follow up, so I’m sure there will be more to follow on this topic.