Linda Dillon: Channel for the Council of Love

Greetings, I am Ashira. I am Ashira of Neptune, Commander of The Unified Forces of the Outer Galaxies. Welcome my beloved friends, Gaians all, earthkeepers and starseed, humans and angels, galactics and intergalactics, elementals, devas, Cities of Light; I welcome you.

And I welcome this opportunity to speak of these magnificent cities, these Cities of Light and love. These cities that are very clearly in tangible, physical existence; interdimensional, most certainly; multidimensional, most certainly. And we as your star brethren have worked with these cities for several hundred years, just as we have worked with you and with Gaia for many, many, many centuries.

We do not age in the same way as you, my friends, so you might say that we’re slightly older. Not quite as old as the Cities of Light; these Cities of Light have been in existence for thousands of years, the earliest being about sixty thousand years ago. And you have some knowledge of them when you think of the Sahara, or the Lemuria, or Atlantis. For these were prototypes and actualities of the Cities of Light that now return and re-anchor upon Gaia.

Now that alone can be a little confusing, thinking about time – and we know this because in many ways you may think of us as not only interdimensional travelers, but certainly time travelers. Because while we will talk about hundreds or even thousands of years as we have traveled from the outer galaxies to this vicinity – you can think of it as a journey that in your reality would take hundreds of years – but as we stepped through or traveled through that white hole (yes there are white holes, and black holes; we travel through light holes, white holes) it is but a minute in your time.

All of us—you and us and all—travel and exist in the Mother’s infinite ocean of time. And you have learned about this, this fluidity within which we all operate. But I do not come this day to give a lecture or a scientific explanation on time, for that is neither my forte nor my desire. But I did want to talk to you about these Cities of Light, and even slightly about the context that they are future Cities of Light.

Now think about this – because the ancient city of Sahara that many of you vaguely remember ruled over by Saint Germaine and Sanat Kamara, was fifty thousand years ago in your time. So think about it: that that particular template, at that time when the legendary fall came, was pushed out about a hundred and twenty to one hundred and thirty thousand years in the future.

Now you know that Sanat Kamara and Saint Germaine continued their work, not only with the Cities of Light, but with this beautiful planet of love, of Gaia, and that desire to bring back the beauty, the light, the I AM presence, the Violet Flame, the love – because that is all there is. It has many faces but one essence, and that is love.

So the Masters, the Archangels (particularly Uriel) and your star family have worked diligently to pull in from the distant future these magnificent Cities of Light – that are the truth and the beauty of Gaia – into the Now, wherever that Now was going to be located. And that is one of the primary reasons that we have traveled and journeyed to be here on Earth: to be part of that re-anchoring of love on the beauty, the diversity, the magnificence of Gaia in the unfoldment, in the physicality, of the Mother’s Divine Plan.

Now think about where we are today with you. Recently in the past year, in addition of course to our Mother’s Tsunami (which by the way we have benefited from as well, you know) and the Tsunami of One from the Ascended Masters and the Archangels (which we have benefitted from as well) that catalyzed us to add our energy to the planet and to you, our beloved brothers and sisters.

And as you know, the Porlana C – which is our life essence, our soul essence – is very similar to the energy of the Violet Flame; even in the ray, even in the color, it is that electric blue flame. And it has penetrated from our being – not merely from our ships, but from our being, from our hearts – it has come together as one collective beam of light that has been sent from us to you.

Now of course we have done this because we love you. We love you far more than you love us. No, it is not a contest; it is because we know you. And we know the truth of your magnificence and what you are truly capable of, and how resilient and how strong and how fierce you have been as warriors of peace.

But in this, why we have done this at this juncture, is not only so that our energy fields are more compatible (which has also happened by the way) but because it is igniting you to a higher frequency, compatible with the anchoring of these future Cities of Light; of what you think of as ZenGaia, restored Earth, Terra Gaia.

It is beautiful, and it is potential to anchor these energies in your time; which is our time, which is Now. And not eighty or a hundred and twenty, or eight thousand, or eighty thousand years in the future. It is right now. And my piece of personal news in that regard is that it moves everything forward.

I have recently been appointed by the Intergalactic Council – no, not stepping down as Commander of the Unified Forces, but additionally to act as envoy to Earth, to Gaia – to facilitate the meeting, the negotiations, the reunion between our beings, our fleets and the people of Earth.

This is at hand, my friends! So, we are excited. Much is forward thrust, and I am with you – not as Commander, not as envoy; but as brother, as friend, as ally.

I look forward to meeting you, two fingers to the heart, to share the love. Farewell. 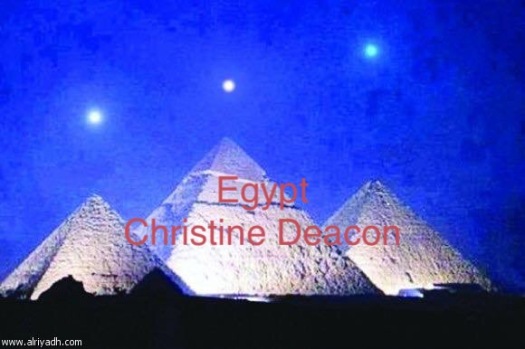 The is the book about our Egypt trip in 2018 and is still under construction and in draft stage, so more will be added as material becomes available. That’s one of the advantages of writing as a blogger and as a reader you get to see a work in progress and how much work it takes to produce a book.

Min on Sun, Moon and Stars

The Intergalactic Origin of Language 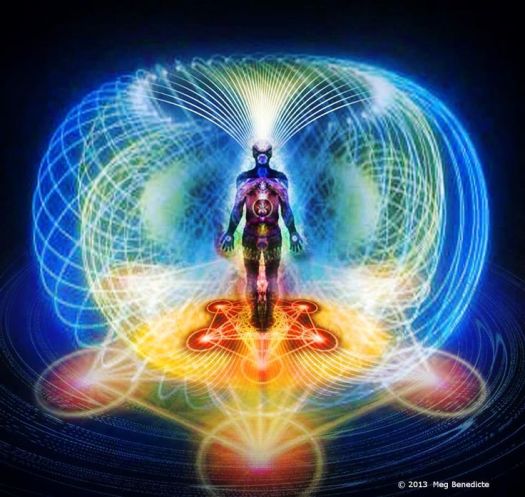 Sacred Geometry and the Flower of Life
https://wp.me/p2RpLw-29i

Interview with Neo Glimmer about translating computer codes from higher dimensions. the numbers referred to are musical frequencies in Hertz and English system. Words have a frequency which create a geometry of consciousness, a geometry of light.
And the second video uses a Gematria Calculator decoder to decode the words. The collective consciousness of 144,000 is needed for shift to occur. The gematria code is in our DNA.

further Explanation of the code

Follow up with Neo Glimmer and Marina Jacobi and other participants, interesting questions at end. 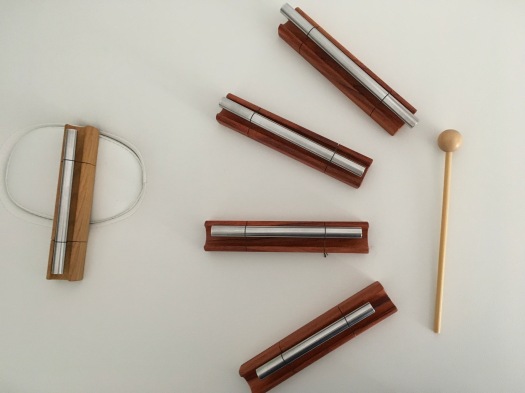 In the Great Pyramid infrasonic frequencies measured in the King’s Chamber were found to be F# chord over many octaves.
Electronic frequency of DNA and molecular water frequencies both exhibits predominance of this sameF# chord.

In the Crop CiRcle known as the Etchilhampton Crop Circle an oscillating high Pitched tone was recorded of F#, that note creates an oscillating effect between the two brain hemispheres. It is believed to be a consciousness brain opening process.

In the ancient Pythagorean tuning system where A is 432 hz, opposed to modern tuning where A is at 440hz, this tone of 360 hz corresponds to F#.This frequency and its harmonics (A# and C#) appear in many natural phenomena including Sacred Geometry.

Since sound is the basic creation force of the universe in many spiritual traditions, and 360 degrees or Hz is the frequency of the earth in space, it is known to bring balance, joy and healing.

This frequency. And it’s harmonics(A# and C#) appear in many natural phenomena including Sacred Geometry. The underlying building blocks of this multidimensional reality. Sound is the basic creation force of the universe in many spiritual traditions.

Three hundred and sixty degrees (360 degrees or hz) is known to the Ancient Chinese as Hu, the tone of the earth. Native American flute makers tune their instruments to this frequency to serenade Mother Earth.
Table of Notes Frequency, 2D Sacred Geometry, 3DPlatonic Solid, Flower of Life 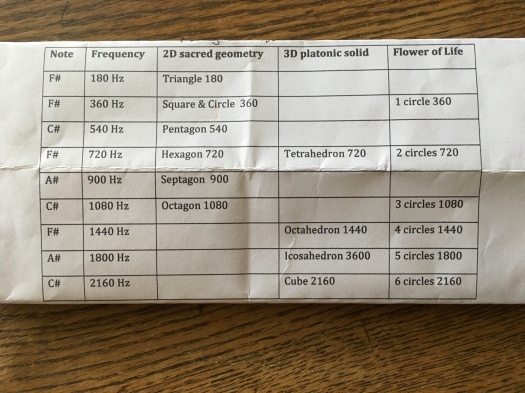 The frequency 528 Hz
This is the frequency used in Gregorian chant and is one of the six Solfeggio frequencies.
UT 396 hz Liberating guilt and fear
RE 417 hz Undoing situations and facilitating change
MI 528 he Transformation and Miracles(DNA Repair)
FA 639 hz Connecting/Relationships
SOL 741 he Awakening intuition
LA 852 he returning to spiritual order

The Ancient Gregorian chants and their special tones were believed to impart tremendous spiritual blessings when sung in harmony during masses.

The third note frequency 528 haze derives from the Latin Mi-ra gestorium, meaning miricle. Stunningly it is the exact frequency geneticists use to repair broken DNA.