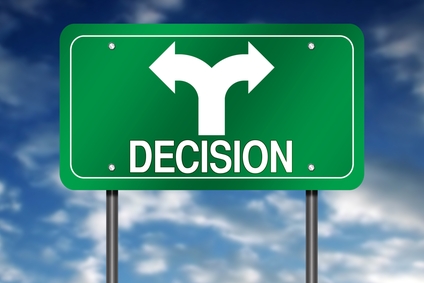 How long will this process of Ascension go on for?

Divine Mother: When I have said to you, through one of my many voices, that this was a year of rebirth, did you really think that rebirth would be indefinite and that you would be in the throes of labor forever? No! That is not my way and it is time for you, each of you, and for all of humanity to also realize you do not need to be stuck in elongated labor pain. You do not need, there is no requirement, to be stuck in the waiting game. (1)

What will happen to the beings of darkness as the energies rise?

Arcturians: Eventually there will be a time where there is a high enough frequency of Earth that the beings of darkness will no longer be able to adhere their frequency to that planet and they will instantly be pulled into the lower astral plane. And, there they will continue their darkness, putting out darkness, until they learn that energy out is energy back. It is about a graduation, in a manner, learning that Gaia is a planet of cause and effect. (2)

Hilarion: There is a choice before every human soul, a crossroads if you will; which path to follow – one that is steep and leads directly to the Creator, where the soul holds the weight of the world upon its collective shoulders, or, the one that spirals around the mountain as the souls upon it experience lesser levels of density but which ultimately bring them into wholeness. (3)

SaLuSa: All souls will make a freewill choice as to where their journeys will take them next. (4)

But everyone will receive the invitation to ascend, right?

Archangel Michael: Is it guaranteed … that everyone will receive [the invitation to ascend]? Yes. Will some choose to say, “Oh, no, thank you”? Yes.

But that decision, that choice also has the ramification — and we’re not talking five minutes here — of consequently not being able to live on Nova Earth, renewed Gaia, because it is in a vibration of this higher realm of love. So if you do not want that, within or without, it is not that we are going to alter the universal law. (5)

When will we need to decide?

SaLuSa: By now most of you should have made the decision as to whether you have the desire to ascend. Your Higher Self will prompt it if it is part of your life plan, as it is an opportunity that will not repeat itself for a very long time. If it was indeed decided before you incarnated, then you are to some extent relying on your Higher Self for help. (6)

SaLuSa: The parting of the ways has already commenced, and those who choose other than Ascension will tend to lack interest in such subjects. In that case you must allow them to go their way, as it is a freewill choice that should not be interfered with. (7)

SaLuSa: Be assured that many helpers are with such souls, encouraging them to have the desire to lift themselves up. (8)

Mike Quinsey’s Higher Self: Every soul has to make up their own mind as to which path they wish to follow, and to many the Path of Light is too demanding and they are simply not ready for it but hopefully will realise that they are always given another opportunity to ascend.

It is not a matter of having to start all over again from the beginning, from a spiritual point of view lessons learned are carried forward. (9)

How long will the Mother wait?

Archangel Michael: It is not the desire of the Mother that this [Ascension process] simply continue [forever] because what she also sees (what we all see) and what you’ve repeatedly said to us, even though we operate often in terms of eons rather than years, many of you are tired.

So we do not wish for those who have been stalwart and continue and practice fortitude and persistence along with love to reach the point where they abandon their bodies. And you are seeing that in many. …

When it comes to a decision point of whether the recalcitrant remain or whether those who are determined to fulfil the Mother’s dream remain, make no mistake about it. Those who have been in the truth of their heart and service will be victorious. I cannot be clearer than that. (10)

Archangel Michael: The time of separation is very close. That is why we are speaking to all of you with perhaps a greater urgency than you’ve heard and felt before. …

That does not mean that, yes, in the infinite and eternal existence of the Mother, she will wait forever because this is the unfoldment of her Plan. This is what the penetration with all of our voices into each and every one of you is about. (11)

Will the Galactics participate in removing the recalcitrants?

Mira: The Light Fleet is advancing quickly in on the forces of darkness. There are billions of Galactic ships positioned to remove the most problematic perpetrators of death and destruction from the Earth.

Each ship has specific directions about what to do and where to go. The destinations are perfectly timed and filtered through technology that allows us the advantage.

We hear the calling from the Earth and from humanity for an end to the atrocities of the harsh way of life you have been living. We promise you this is our common goal. The damage has been done and there is no room for anymore. We have been granted permission to use whatever means are possible to achieve this goal. You can imagine how pleased we are to announce this.

Never again in the history of the Earth will self-serving beings be allowed to usurp the energies and resources of all of life on any planet. The days of the enslavement have been declared over. You are being freed from the rot and greed.

You may have to run for cover while active forces of light expunge the dark. They are cantankerous beings and while we deal with them you may feel the energies. They could get uncomfortable. This does not mean they will hurt you because we would not allow that. You might simply feel the turmoil of their departure. In the long run the energies will be much lighter. It will become easier to move about the Earth. (12)

(10) Archangel Micael in a personal reading with Steve Beckow through Linda Dillon, July 22, 2016.